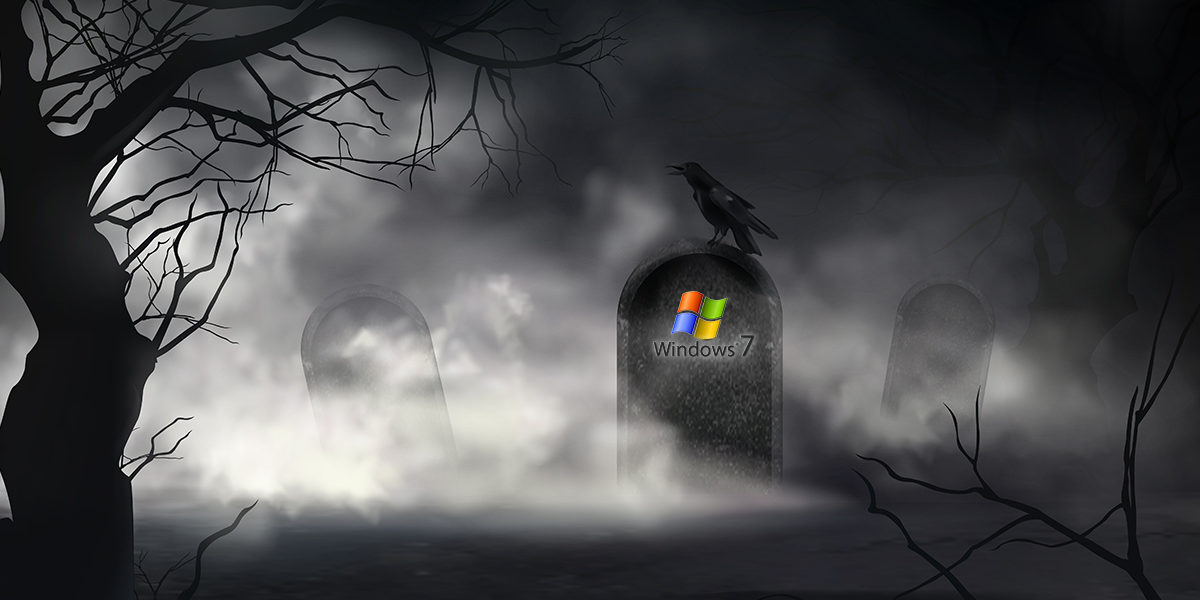 Windows 7 is a great example that someday all good things come to an end. The popular operating system has been around since 2009 and is still widely used today.

But recently Microsoft announced that by the end of January 2020, they will no longer provide support for the Windows 7 operating system.

Although, the good news is that they WILL help you to migrate to Windows 10. So at least they’re not leaving you behind in the shift.

Need to upgrade?
Send us an email and we'll do the rest

Most of us jumped on the Windows 10 update shortly after it launched, but a large portion didn’t (and still don’t) want to fully commit to the change.

The icons in Windows 10 are simplified as well but they are still easily recognizable. Windows 10 also offers a wide range of apps to download within the Windows Store.

This feature simplified the process of installing or uninstalling an application.

For those who still aren’t convinced about Windows 10, Microsoft has stated that it will still provide support and updates for Windows 7 but you have to pay for it.

Those of you who are willing to upgrade to Windows 10, Microsoft offers its support to get you settled with the new operating system.

Do you want help migrating to Window 10 or Office 365? Get in contact, and let us do the heavy lifting for you.

Looking for the perfect fit?

Do you need help setting up your Microsoft 365 infrastructure? Fill in the form and our team will be in touch.